This battery consists of various tests, partly classic tests and partly new tests, which have been developed as part of a PhD project by Nathalie Vaes at Ghent University and RevArte Rehabilitation Centre. The following tests are part of the battery:

The following picture shows Nathalie Vaes and a client performing one of the tests on a 22 inch pen tablet. A short demonstration video is also available on YouTube, as well as a video recorded at RevArte Rehabilitation Centre using a smaller, mobile A4-sized tablet. 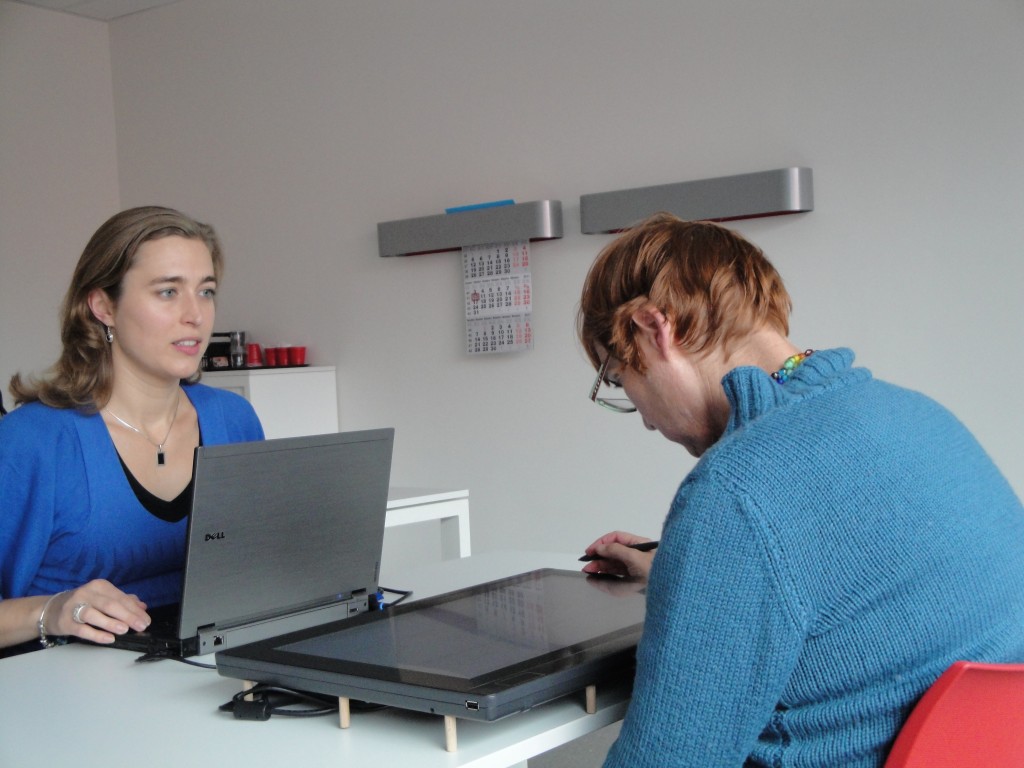