The Metrisquare DiagnoseIS software is compatible with Tobii eye tracking systems. For any task in our platform, as well as for scientific experiments created using our test development module, eye tracking is available as an extra feature. Our software offers various options for visualisation of the data, for example as a so called heatmap. You can also code regions of interest, in order to find out the gaze time or the order of processing the visual information. Of course, the raw data is also available, for further processing in other software. 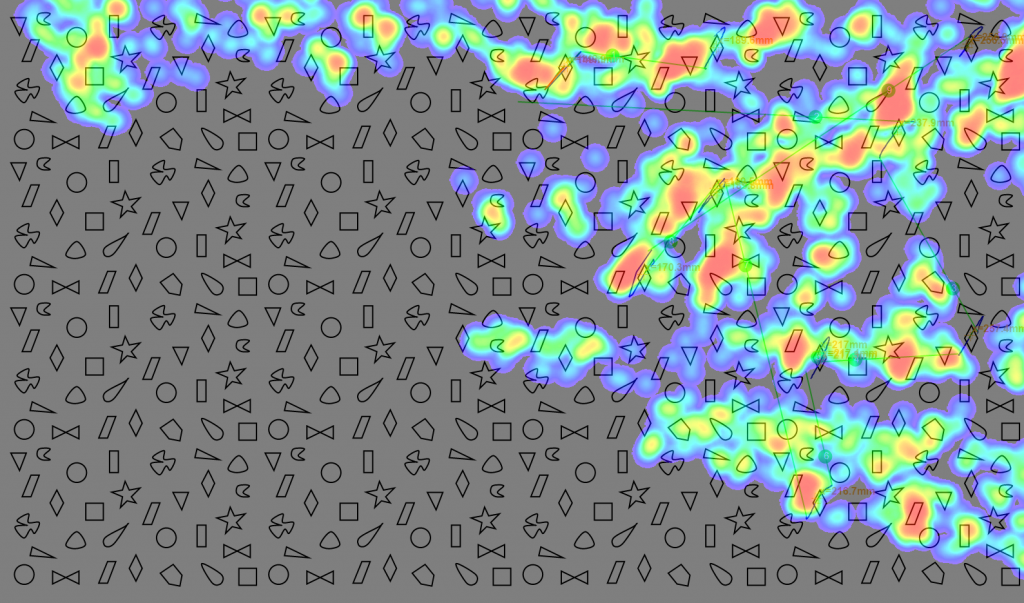 For visual perception tests, often a so called fixation point is introduced: the client is asked to focus on a cross in the center of the screen, while stimuli are presented in other locations on the screen. Often these tests are critisised because there is no guarantee that the client was actually looking at the cross. Tricks like asking the client to notice certain numbers, which are also presented in the center of the screen, may work well for the fixation, but introduce a dual-tasking effect. Now, using the eye tracker, fixation can easily be monitored. In the example shown below, where Extinction is measured using a task developed by Nathalie Vaes et al. the eye tracker measures the fixation and only provides stimuli in case a fixation is detected. 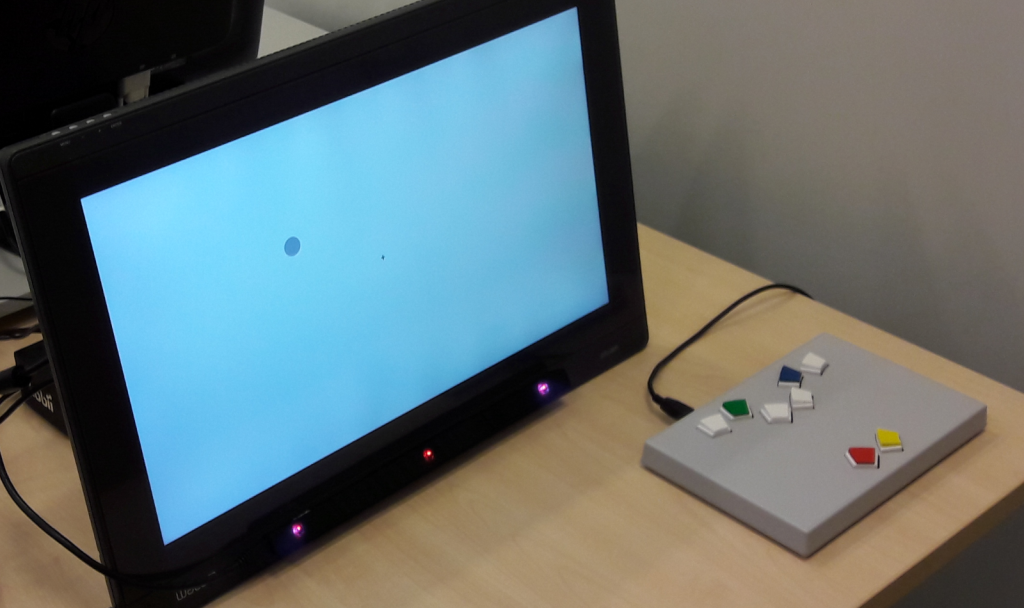