Although Metrisquare offers many new tests in its DigiDiag Test System, classic tests are of course offered as well. Users can rely on many years of research and experience with such tests.

The Trail Making Test is a neuropsychological test of visual attention and task rotation. It consists of two parts in which the subject is instructed to connect a series of points as quickly as possible while maintaining accuracy. It can provide information about visual search speed, scanning, processing speed, mental flexibility and executive functioning.

The time is being recorded. The TMT aims to investigate divided attention and cognitive flexibility. 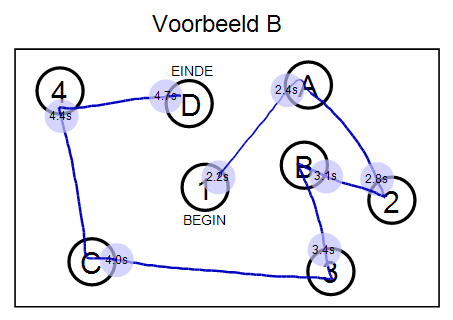 The TMT consists of part A and part B. In part A the intention is for the client to draw a line, without removing the pen from the sheet, between all the scrambled numbers, from lowest to highest and in the correct order.

In the report, the results are automatically compared with normative data collected by Schmand, Houx and De Koning, 2012; n = 478; 17-90 years old. Furthermore, the drawings are automatically saved. Timestamps also indicate the time of each response.

The Rey Complex Figure Test (RCF) is a neuropsychological test in which the patient is asked to reproduce a complex line drawing, first by freehand copying (recognition) and then drawing it from memory (recall).

Many different cognitive skills are required for correct performance, and the test therefore allows the evaluation of different functions, such as visuospatial skills, memory, attention, planning and working memory (executive functions).

With our tablet-based digital version of the Rey figure, the drawing can be replayed for later analysis.

In this test, the subject is asked to draw a complex figure. The drawn figure is assessed on the basis of a scoring system with 36 points.

Scoring and interpretation of the test is simplified by the ability to replay the drawing as a movie. In addition, time-bound automatic color changes ensure that the construct can be clearly seen afterwards.

In 1969 Laughlin B. Taylor developed this second complex figure that is similar to Rey’s Complex Figure and can therefore be used to eliminate the memory effect in a second evaluation.

A digitized tablet-based version of this test is available in the DigiDiag Test System. In the test system, own standards are available for digital sampling on a tablet.

The following figure shows the scoring system, as well as automatic color coding to indicate the sequence of processing. 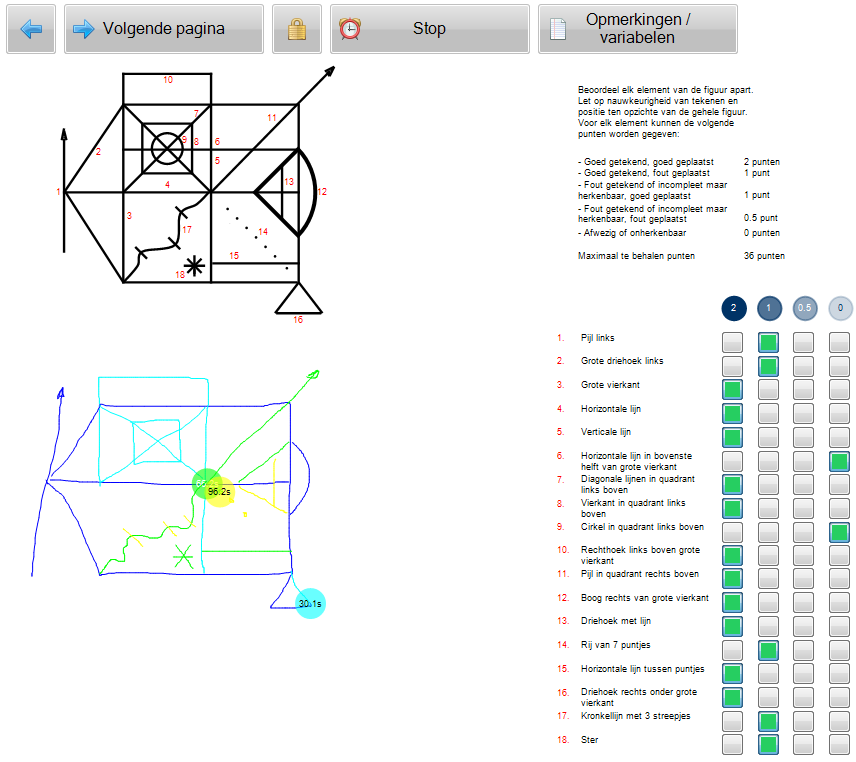 The Bells test is a classic Cancellation Task that allows for a quantitative and qualitative assessment of visual neglect. The automatically generated report shows the number of omissions and the balance between errors left and right. Also, the Cancellation Center (CoC) is automatically calculated and displayed in the report.

View a sample report of the Bells Cancellation here. 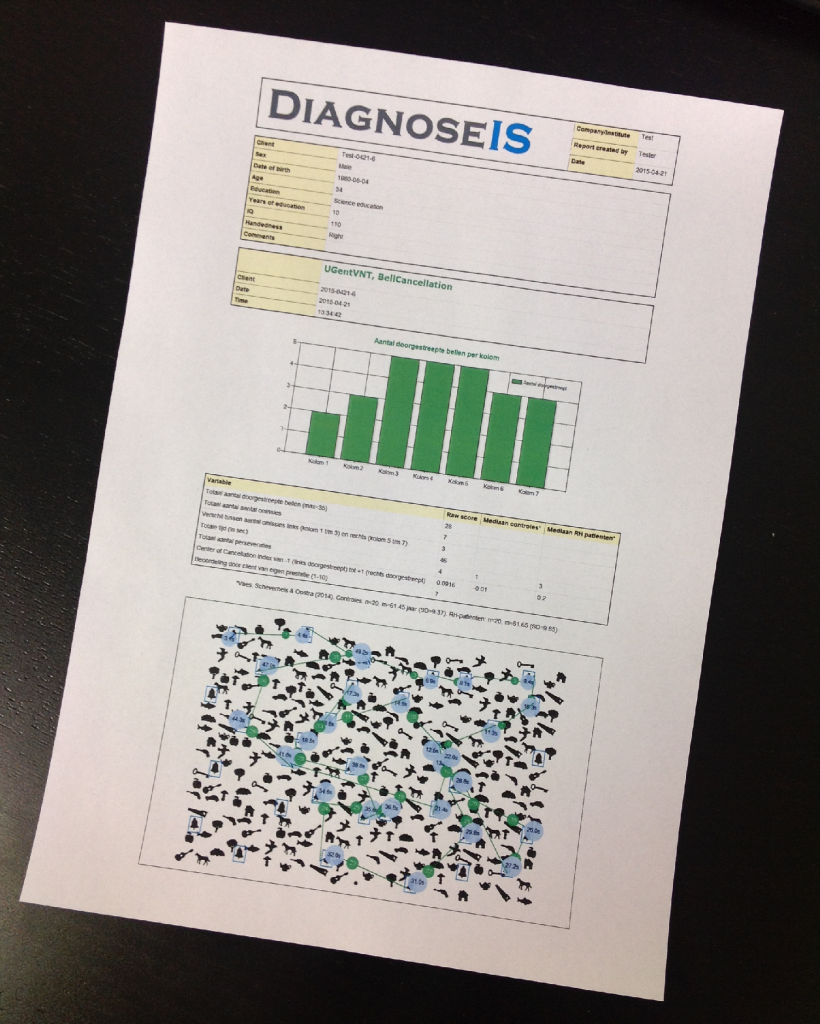 The Clock Drawing Task is a classic task that was originally developed to assess visual constructive capabilities. The test was later expanded to investigate cognitive impairment of functioning, spatial orientation disorders and neglect of, for example, a half of the body.

In this test, blocks light up in increasingly longer series. The patient is asked to repeat the sequence. The patient does this in the DigiDiag test system on the tablet.

The software automatically determines in the background whether the sequence is repeated correctly.

If the patient repeats the series incorrectly twice within the same span, the task is automatically terminated.

View an example of the Block Tapping Task on the examiner screen below. 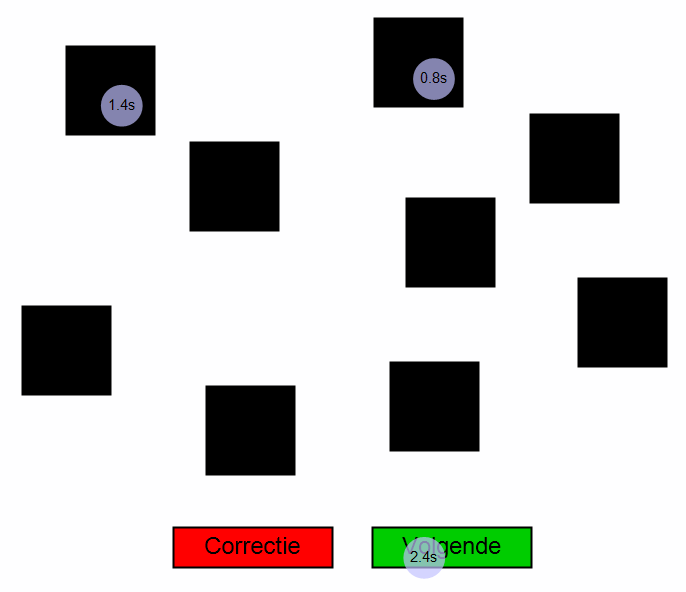